Since 1995 he is Associate Professor at the University of Stuttgart and since 2003 he is also Professor at the University of Rijeka, Faculty of Civil Engineering (Croatia). The main field of his interest includes computational mechanics, static and dynamic fracture of materials and structures, behavior of concrete at high temperature and durability mechanics. He is author of more than 250 publications in journals and books, a number of applications in the engineering practice, formulation of design rules and sophisticated software development for nonlinear analysis of materials and structures He is a member of fib Commision 4, TG 4.1, TG 4.3 and TG 4.4 and RILEM, Technical Committee 227-HPB. He served in Editorial boards of International Journal Computers & Concrete, Techno press, 2004-10 and in the International Journal for Engineering Modeling, University of Split, Croatia, since 1987.

He is Emeritus Full Professor of Structural Engineering at Ghent University (Belgium) and the former director of the Magnel Laboratory for Concrete Research. He is a National RPGE Chair Professor at Tongji University (Shanghai) and an elected member of the Royal Belgian Academy of Technical Sciences. He is recipient of the Robert L’Hermite Medal 1988 of RILEM and the IABSE Prize 1991, Fellow of the ACI and the International Institute for FRP in Construction and also Honorary Life Member and fellow of fib. He is a member of several fib commissions and task groups and since 2006 he serves as Editor-in-chief of the fib journal “Structural Concrete”. Luc Taerwe has an extensive research and practical experience in all aspects of reinforced and prestressed concrete structures, including fire resistance, robustness, tunnel linings, composite reinforcement (FRP), structural reliability, statistical quality control, high performance and fibre reinforced concrete.

Full Professor of Structural Design at the Department of Civil and Environmental Engineering at Politecnico di Milano. Main research interests: constitutive modeling of plain and fibre reinforced concrete, fracture mechanics, composite materials, theoretical and experimental analysis on reinforcement-concrete interaction basic mechanisms, r/c and p/c structural elements, prefabricated structures, structural response at exceptional loads, tunnel safety, bridge assessment. Serial Editor of Springer Tracts in Civil Engineering, honorary Editor of the European Journal of Environmental and Civil Engineering, Coordinator of RILEM TC 288 on impact and explosion member ACI. He is fib fellow and member of the Presidium, coauthor of the MC2010 chapters on FRC and convener of the Commission TC250/SC2/Wg1/Tg2 to introduce FRC in EC2. He is Technical Director of DSC-ERBA design company.

Professor of Structural Concrete, Steel and Composite Structures at the Universidad Politécnica de Madrid. His main research interests include serviceability of concrete structures, punching and shear as well as blast resistance. He has contributed to the revision of Eurocode 2 through participation in Project Team SC2.PT1 and membership in CEN TC-250/SC2/WG1 and to the draftig of Model Code 2020 through membership in TG2.1. He has extensive experience in strutcural design having worked for 33 years at FHECOR Consulting Engineers, where he is currently President of the Board. He holds licenses to practice engineering in Spain, Chile, Texas, Virginia, Florida, Ontario Québec and British Columbia. He has participated in 4 research projects involving blast testing and column removal of full size reinforced concrete structures. 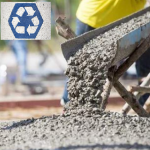 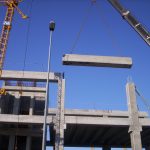